“We need to be playing multi-day cricket domestically so that selection isn’t such an extreme decision. And, finally, let us play five-day Tests.” Phoebe Graham examines the best ways to keep raising the bar in women’s cricket in her latest Ashes blog

In her latest Women’s Ashes blog, Phoebe Graham looks ahead to the all-important Test match between England and Australia, and makes the case for playing five-day games in international cricket…

It’s nearly time for the biggest game in this series of the Women’s Ashes – the Test match. This game is worth double the money, four points for the win and is integral for us to regain the Ashes. We need to beat the Aussies.

England are on the back foot, 4-2 down, with a few washouts and unprepared coming over here. Luckily there has been some success with uncapped Lauren Bell – AKA ‘Belly’ or ‘The Shard’ – getting called into the squad after two sterling performances for the England A squad.

It has been a disappointing start with only one T20 international completed due to rain. We haven’t got a lot of reference points from that game apart from that the Aussies made one brave decision in selection that paid dividends. Tahlia McGrath came in for experienced golden girl Ellyse Perry and she took the bull by the horns, scoring 91 not out and taking three wickets – a golden performance that wins matches.

This tale could unravel for England too if they make brave choices. ‘Belly’ is uncapped but has enjoyed a brilliant tour and season with the ball. It’s nice to see her getting rewarded for her hard work and I do hope she gets a chance in Canberra.

My biggest concern is, in Test cricket does ‘best whilst fresh’ apply to one of the most important games in cricket history? Or do you go with a legend like Anya Shrubsole who has confidently walked these waters before? Red-ball cricket is so different, and these decisions shouldn’t be so extreme at this level anymore.

We need to be playing multi-day cricket at a domestic level so that players can confidently walk into these environments. ‘Belly’ is in form, proving that her height, bounce and swing do damage on Australian surfaces, yet has never played a Test match in her life before.

There is also the ongoing debate around why we are playing four days versus five days? Surely the weather so far has shown that it rains in Australia and rain affects play?

The other astonishing fact I learnt from Dame Katherine Brunt – yet to be awarded that honour but should be a Dame – is that it seems Dukes don’t even produce their first-class standard red ball in a women’s size. That the best ball producer in the world has not adapted their game and kit for women’s cricket is madness.

We are reaching the tipping point in women’s cricket and things need to be flipped to progress the standards and continually raise the bar. My brand tipnflip (www.tipnflip.co.uk) talks about this on a weekly basis.

So, ahead of the biggest game in women’s cricket, here are some thoughts: Dukes, you need to start producing the best-standard balls in women’s sizes. We need to be playing multi-day cricket domestically so that selection isn’t such an extreme decision. 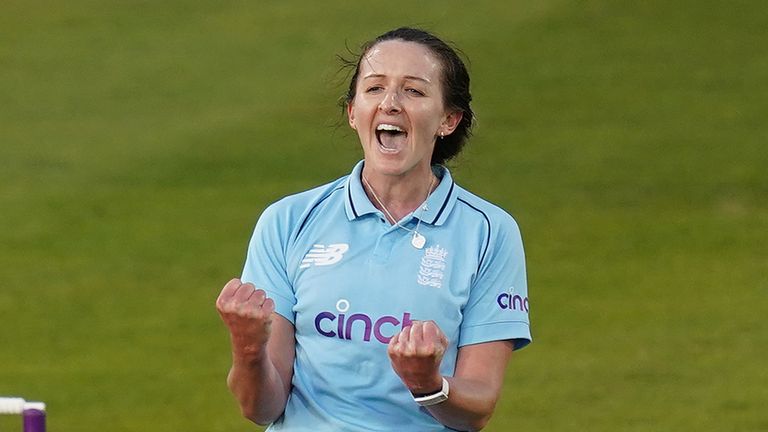 And, finally, let us play five-day Tests because, as I previously mentioned, this series has shown it rains in Australia. We need to progress fast because we need to start beating the Aussies.

I’ve got everything crossed for this upcoming Test. Come on girls!