It’s a fairly desperate situation now across Ukraine. After trying for several weeks, I was finally able to cross over into the war-hit country today. As we negotiated a particular border crossing in eastern Poland, we came across lots of problems; lots of inspectors, lots of questions, curiosity over why anybody would want to enter Ukraine.

But it’s something that we have been trying to do now for a while. I was on board the Air India flight on its way to Kyiv which had to return to Delhi because the bombings in the Ukrainian capital forced the closure of airspace.

Since then, the situation has deteriorated greatly as has been widely reported and so the goal was to get into the western part of Ukraine which meant crossing over from Poland.

Crossing over from Poland this time involved jumping onto the back of a truck belonging to a German NGO, having to stop at least six times, and being questioned several times by inspectors on both the Polish side and on the Ukrainian side. 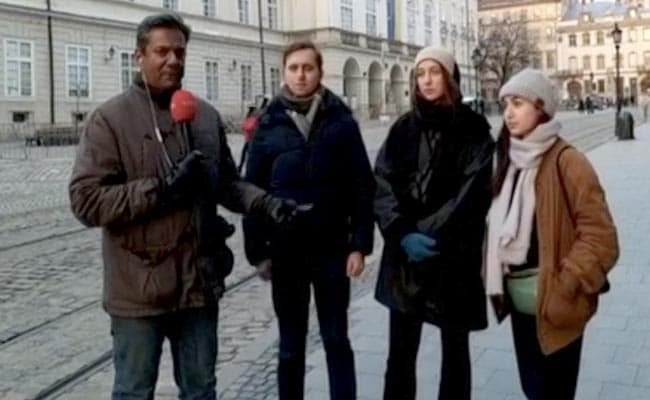 Reporting from Lviv in western Ukraine.

There were moments when I didn’t think this was going to happen at all and being caught in no man’s land between Poland and Ukraine in a war situation where there is mass confusion all around was a very real prospect.

Upon entering Ukraine, I saw dozens of vehicles parked, trying to get into Poland from the other side. Each vehicle was packed full of people. There were many more on foot, queued up, trying to cross over into Poland.

The situation on this side is tense. This is the one part of Ukraine that has not been attacked per se so far. And the real worry is, it’s just a matter of time before there are attacks over here in the western city of Lviv where I am right now. There are air raid sirens that go off from time to time.

It is unreal because this is a reality that people never expected in the 21st century – the prospect of a large European nation being invaded as this country has been by Russia. And a return to the Cold War scenario which nobody expected would take place. 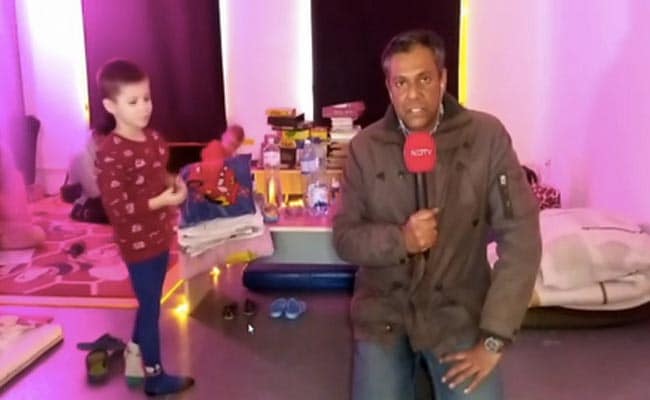 At a children’s shelter in Lviv.

I visited a children’s shelter as part of my Day 1 reportage. There were about six or seven children who had managed to escape with their parents and loved ones from Kyiv. The journey for all of them has been distressing and difficult.

That’s something that has been reflected by Indian students, so many of whom have faced the greatest hardships in trying to exit Ukraine – having to walk dozens of kilometres, having been pushed around by the police or border guards, having to stand in line sometimes for days without much food or water and in many cases unable to get out of the cities where they were

In particular, the experience of the Indian students from Kharkiv who were stuck for a very long time is perhaps the clearest example of how dangerous the overall situation is.

As I drove into the city of Lviv, we found many roadblocks on the way run by the Ukrainian police and the Ukrainian army. Multiple checks and questions ‘why are you trying to enter Ukraine at this stage’. A great deal of curiosity and certainly suspicion as well. 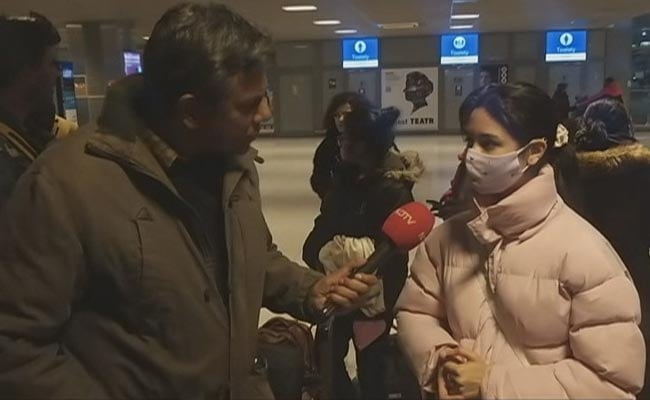 Many Indian students have had a very difficult time leaving Ukraine.

This was a process that took me a long time to figure out. And then explain. All without being able to speak or understand the language. And while the city centre in Lviv looks normal, it’s the areas outside where there is a process of barricading which has now started.

Lviv is the city where several foreign missions including the Indian mission have fallen back on. It seems to be the last area where there has been no Russian assault or attack so far. There is just one thought on everyone’s minds here – the hope that the intense shelling, and the intensification of the Russian assault on all the major cities in Ukraine, don’t hit this city as well.

Disclaimer: These are the personal opinions of the author.